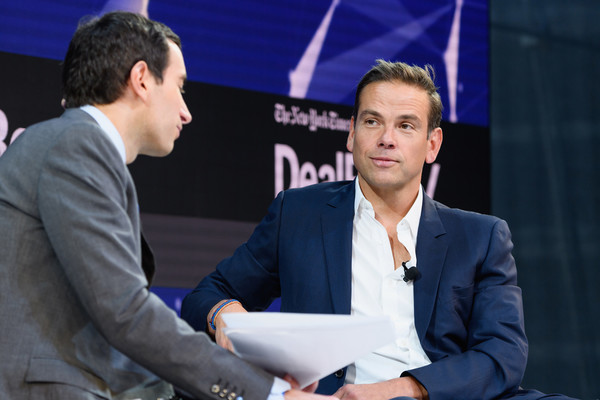 Billionaire Rupert Murdoch’s publications deny the importance of climate protection even as wildfires rage in the media mogul’s homeland. This was stated by the businessman’s son James Murdoch, who after leaving 21st Century Fox began to make public the “simmering tensions” in the family

“Katherine and James’ views on climate are well known, as is their dissatisfaction with News Corp and Fox’s coverage of the topic,” a spokesman for the couple told The Daily Beast. – “They are particularly unhappy with the denial [of the problem] by the news media in Australia, given the obvious evidence to the contrary. Australia is Rupert Murdoch’s home country, where he began building his business empire. Forest fires have been raging in Australia for the past few months.

The critical speech points to “simmering tensions” in the media mogul’s family, the FT writes. The newspaper notes that James Murdoch actively takes these disagreements to the public and follows his own path in politics and business – in particular, defending “green” initiatives and democratic reforms. He previously served as CEO of his father’s company, 21st Century Fox (later sold to Disney), but left there to pursue his own business interests. Now the businessman has launched an investment company called Lupa Systems. Working on programs aimed at protecting the environment, he and his wife Catherine have increasingly distanced themselves from the conservative agenda of their father’s publications, notes FT. At the same time Rupert Murdoch is still working with his eldest son Lachlan, who is chairman of News Corp and CEO of Fox Corporation.

News Corp’s portfolio consists of newspapers, and Fox owns the News Channel television channel. Andrew Bolt, for example, has written in newspapers about the small importance of climate change. In his columns, he criticized people who are “stupid enough” to link fires to the topic of climate. “First of all, can we drop the incredible arrogance and belief that humans can change the climate?” – he wondered in a piece for the Herald Sun. The Australian newspaper was also accused of spreading a similar position. Fox’s Laura Ingraham, in particular, is a contributor. She denied that climate change played a role in the fires in Australia and recently faced criticism for comparing environmental activist Greta Thunberg to a cult leader, recalls the FT.

Rupert Murdoch himself stressed at News Corp’s annual meeting in December that his publications have no anti-environment journalists, the newspaper recalls. News Corp, Rupert and Lachlan Murdoch have made donations to fight wildfires in recent weeks.